A visit to a museum like the Mercedes-Benz Museum in Stuttgart, Germany is a dream come true for any car enthusiast.

The futuristic building with its seven-story exhibit takes you back to the first gasoline powered automobile in 1886 and guides you through all the ups and downs in the 125+ year journey of one of the best known and most recognized brands in the automotive world — Mercedes-Benz. 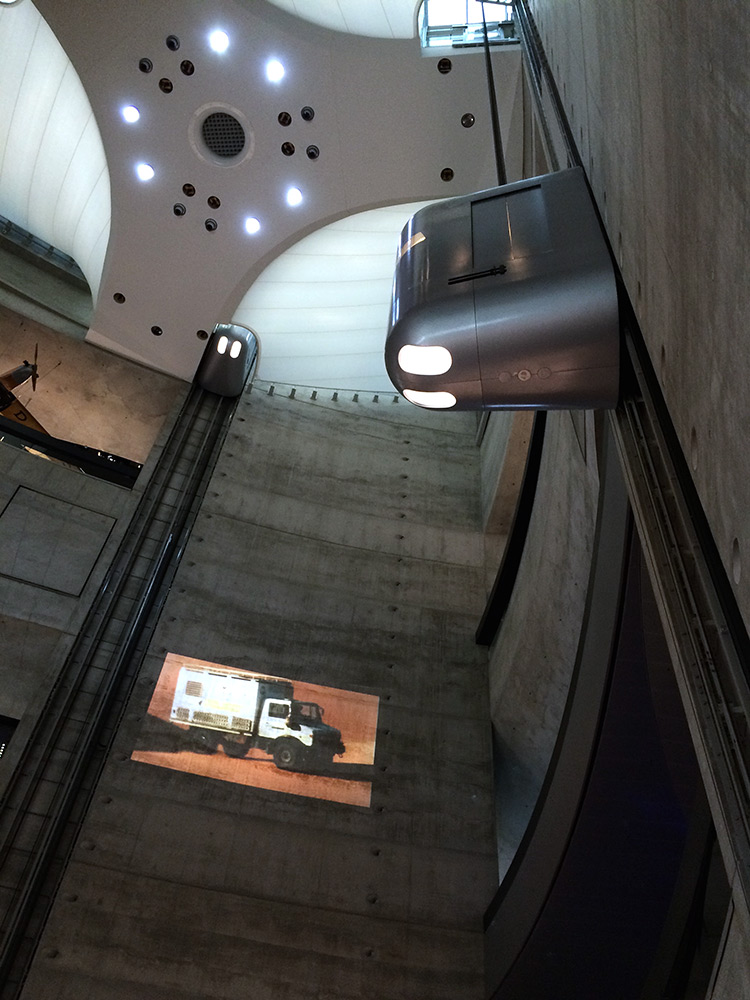 It all started with a man named Carl Benz, a German engine designer, and car engineer, and Gottlieb Daimler, also a German engineer and industrial designer — two pioneers working just a few dozen miles apart that actually never knew each other.

After not being happy with a position in his first company in 1883 Carl Benz founded a company Benz & Cie. with two other partners and started working on what is known today as a first gasoline-powered automobile. 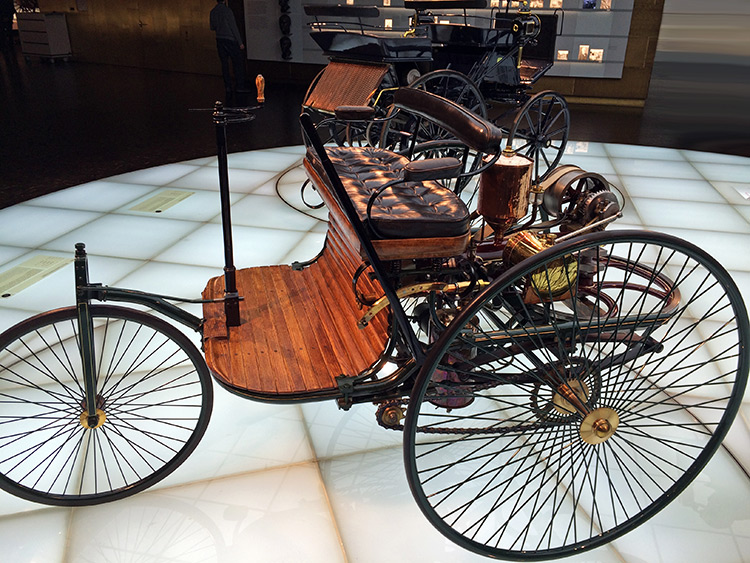 1886 Benz Patent-Motorwagen was the first gasoline powered automobile from Karl Benz (on only three wheels) in the front and Daimler’s motorized carriage in the back. Benz was granted a patent for his invention. 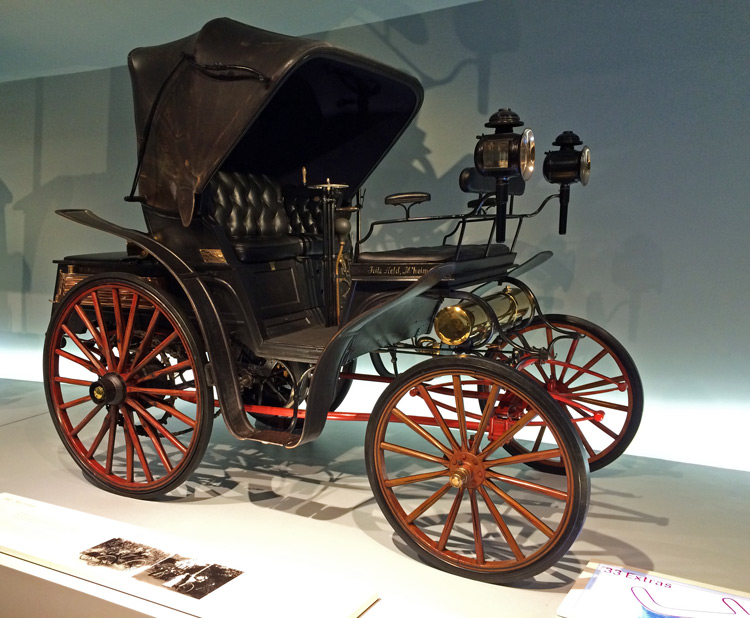 In 1890, Daimler founded a company Daimler-Motoren-Gesellschaft (DMG) with his partner Wilhelm Maybach, a German engine designer that became a technical director of DMG, producing petrol engines. 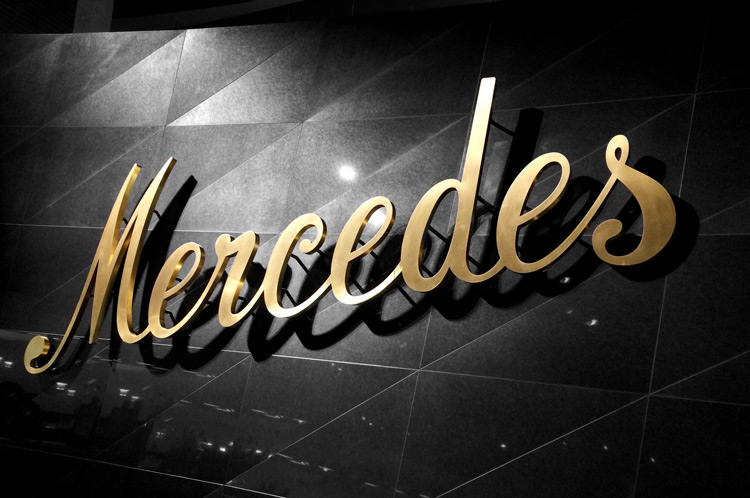 Mercedes — a name after a ten-year-old girl

One of the first gentlemen drivers and a customer of DMG was Emil Jellinek, who ordered a new automobile with an especially powerful engine by his specifications. He named it after his daughter, Mercedes Jellinek.

Benz & Cie. and DMG merged in 1926 as Daimler-Benz, naming all of their automobiles Mercedes-Benz after the most important DMG automobile 1902 Mercedes 35 hp.

What followed next was by our opinion an era of one of the most beautiful cars in the world. From the 1936 Mercedes-Benz 500 K Spezial-Roadster … 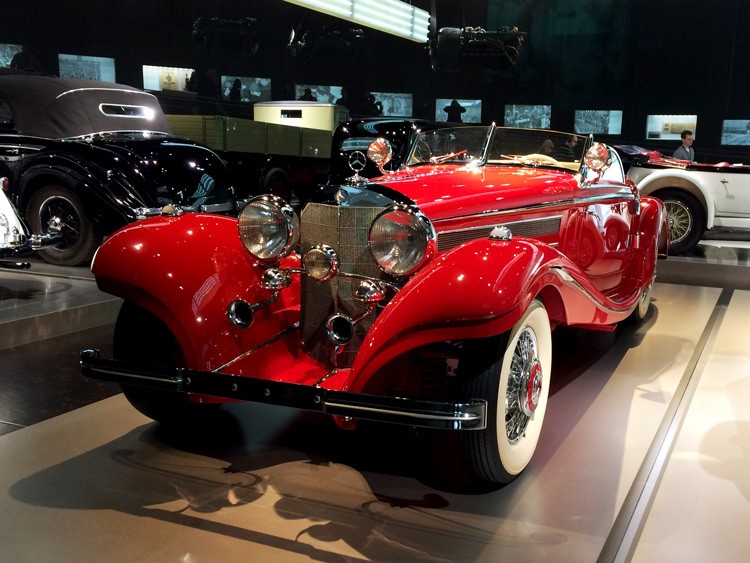 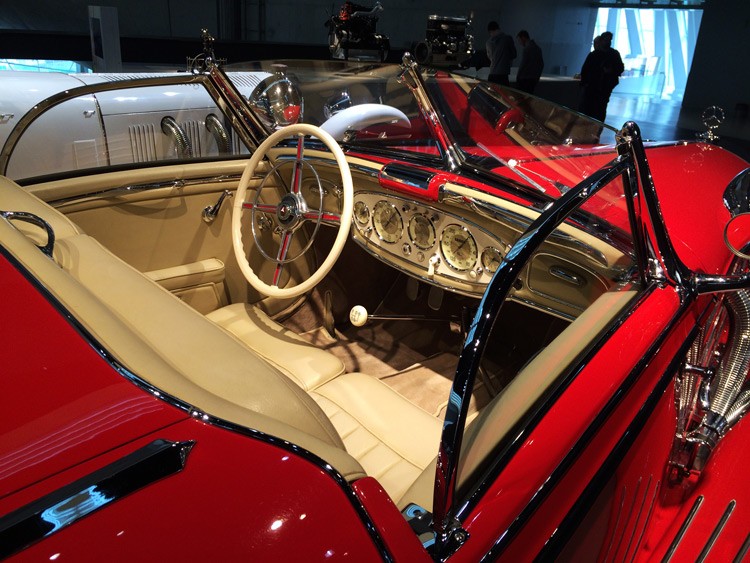 … to the famous 1955 Mercedes-Benz 300 SL Coupé — the beautiful production sports car with it’s characteristic upward-opening “Gullwing” doors. Gullwing doors were actually an answer to the engineering problem that did not permit fitting the conventional doors because of the high sidebars. 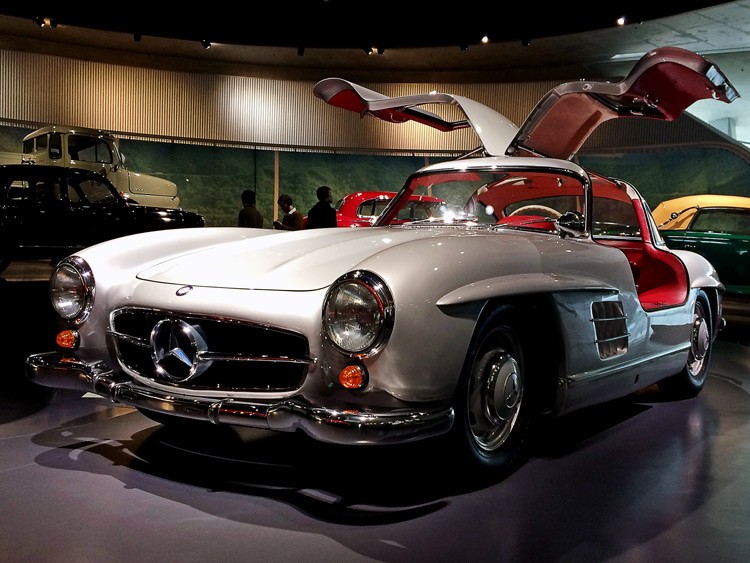 One of the more beautiful exhibits is from the Mercedes-Benz plant in Buenos Aires — a 1969 bus, colorfully painted and decorated to attract customers. 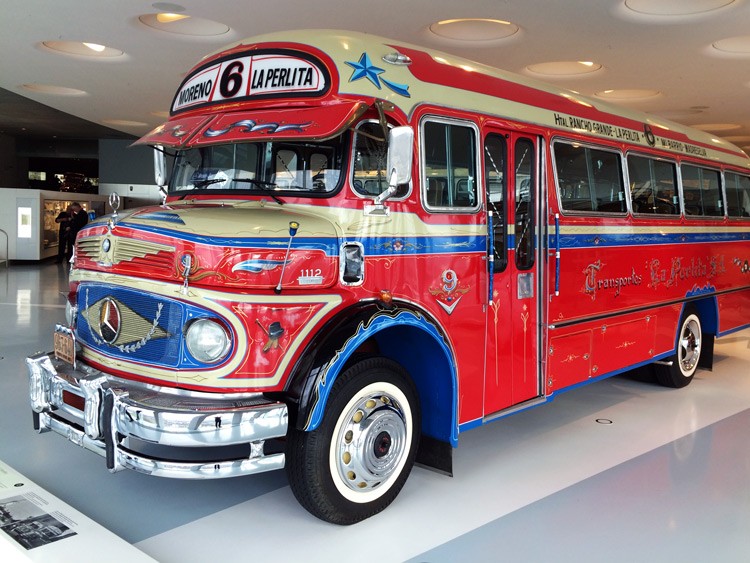 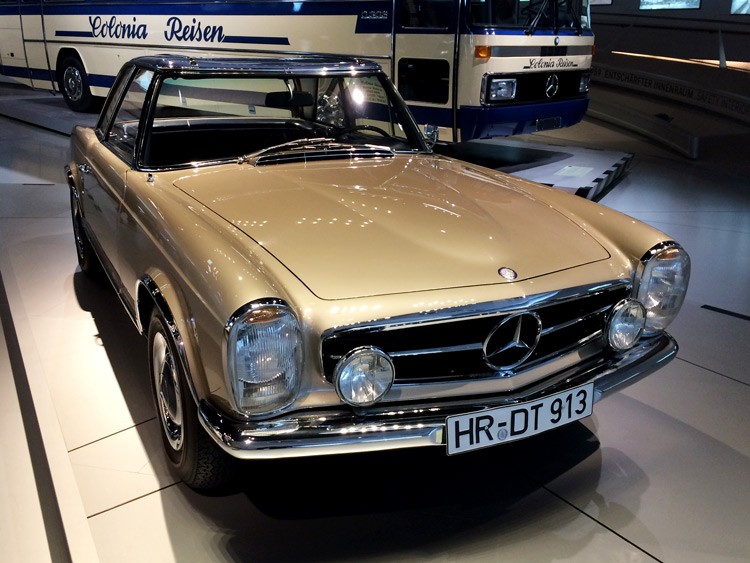 After Daimler-Benz introduced the world’s first light-duty truck with a diesel engine and the first diesel-engined truck from Mercedes-Benz in 1932, they finally introduced a first diesel car to the luxury class as an answer to the US oil shortage — the 1980 Mercedes-Benz 300 SD. It was sold exclusively in the US market.

In 1998, Daimler-Benz merged with Chrysler and became DaimlerChrysler. The company is now known as Daimler AG and is the thirteenth-largest car manufacturer and second-largest truck manufacturer in the world. Mercedes-Benz is also one of the best-selling luxury car brands in the world.

In the early years, every automakers dream was to have the fastest car on the racetrack, which meant a great exposure for the brand. Just like Mercedes was for DMG. And there are a lot of racing exhibits to see in the museum — from truck racing to Formula One. 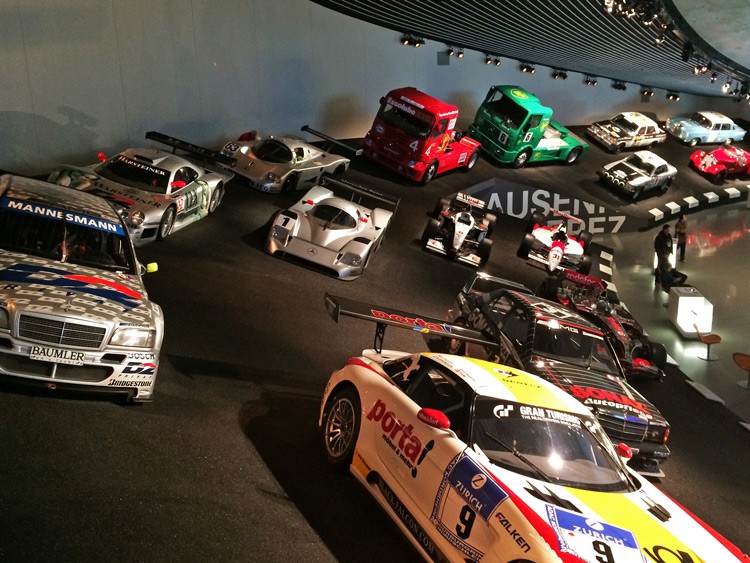 When it comes to racing, Mercedes-Benz has a lot to show 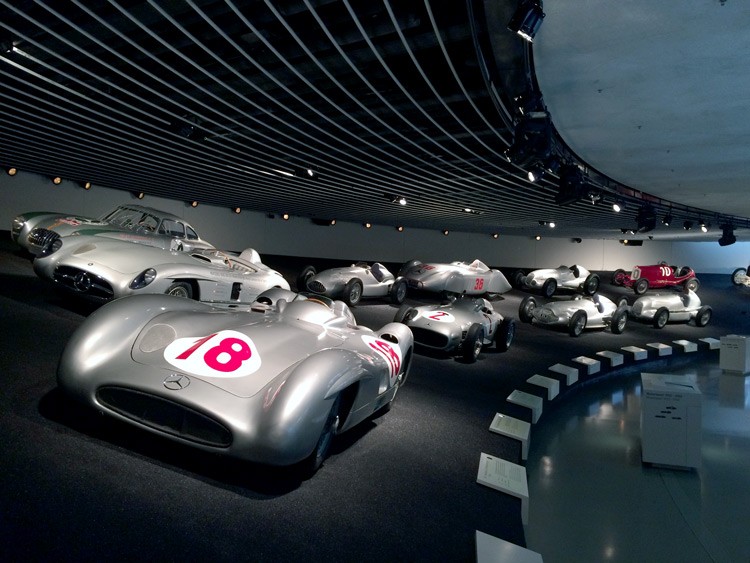 Overall the Mercedes-Benz museum offered a great and very interesting look into the history of the automobile making. And the history was not making it easy for this entrepreneurs. From the First World War and inflation that made money almost irrelevant in 1923, to the Second World War and the oil crisis in the 70’s.

In 2014, more than 700,000 people visited the museum and we think you definitely should too. Experience the journey from the horse to the latest Formula One racing car in a chronological order. All this and more at the Mercedes-Benz Museum.

We had a great time and learned a lot.

See you on the next trip,
CarLock Team