Back in May, we visited a young European technology company Rimac Automobili, based near the capital city of Croatia, the birth country of electrical engineer Nikola Tesla, from whom the American automaker Tesla got its name.  Here, you can set your eyes on something really special — the first all-electric supercar — Concept_One.

Introduced at the 2011 Frankfurt Motor Show, this fully electric supercar was born from the idea of the company’s founder Mate Rimac, who, at the age of 19, modified his BMW E30 to an electric vehicle after the gas engine in his car blew up. 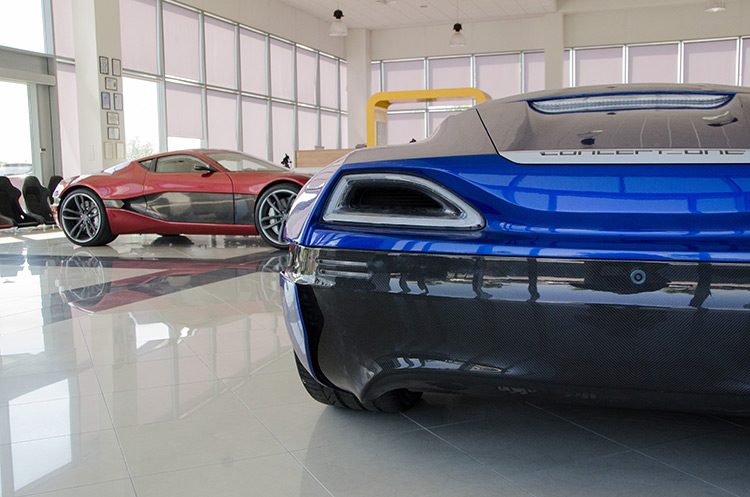 Rimac Concept One in the showroom

With BMW E30, now called BMW e-E30, he set the Guinness world record for the fastest accelerating electric car. Since he needed to build many parts himself, it was a natural step for him to go and build his own car from scratch and found a company — Rimac Automobili.

Under beautifully designed carbon fiber body,  Concept One offers many unique features. One of the biggest ones is the independent wheel drive, using 4 electrical motors, each with its own power train and gearbox. 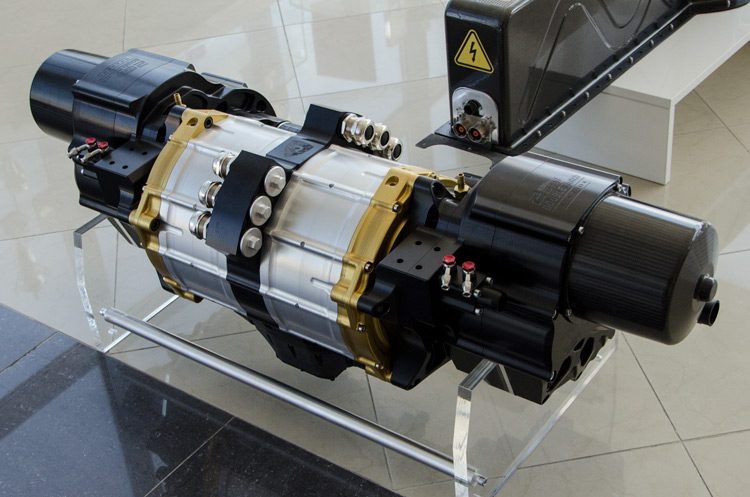 While the front wheels consist of two single-speed gearboxes, the back motors have a two-speed double-clutch gearbox, enabling the car to accelerate from 0-100 km/h (0-62 mph) in just 2,5 seconds! This unique all wheel torque vectoring system distributes the power to every single wheel separately, depending on the situation, offering the driver to choose how he wants his car to behave. 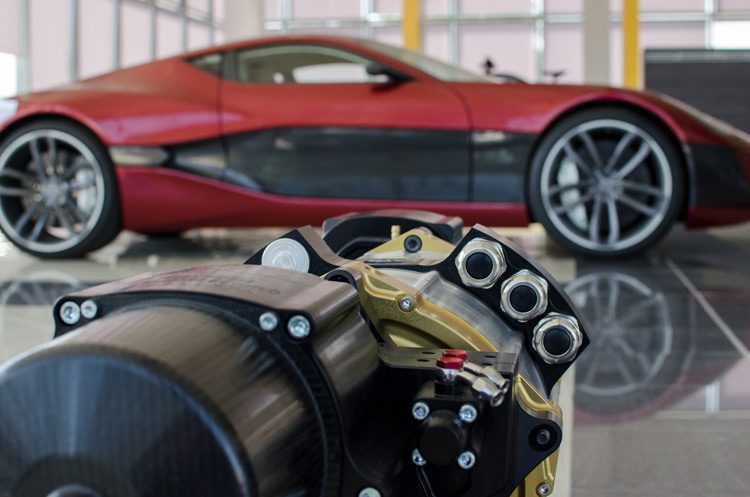 Together with an internally developed powerful battery system, Concept One delivers some highly impressive numbers:

All this speed needs some big braking power to stop the car. And while Concept One has some big ceramic brakes to do the job, most of the time you don’t really need to use them thanks to some highly sophisticated regenerative braking power that can be simply adjusted with a slider on the central touch screen console. 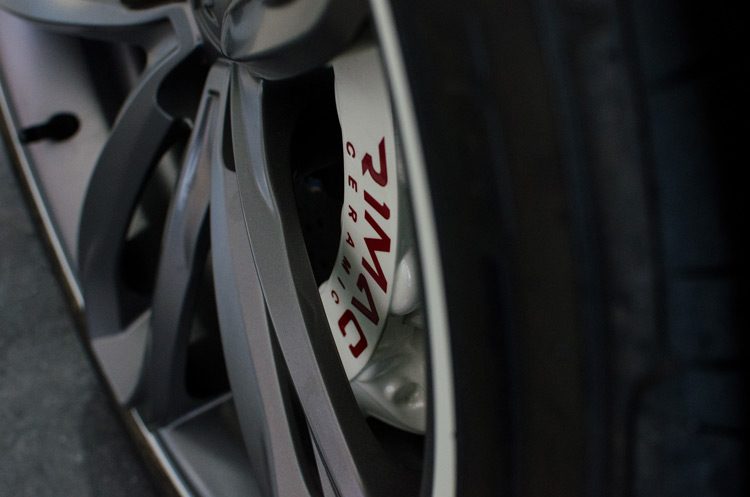 Currently, there were just 8 concept cars made, all of them sold.

But Rimac Automobili is not a car manufacturing company, it is a technology company. Providing high-performance EV components, designed, developed, and produced in-house, they work with many well-known vehicle manufacturing brands like Jaguar or Koenigsegg. In fact, one of the show pieces in their showroom is the battery pack they developed for the Koenigsegg’s latest and most successful project — the Koenigsegg Regera.

Besides the powerful twin-turbo V8 combustion engine, the Koenigsegg Regera uses three electric motors which draw power from a cutting edge battery pack. And not just any battery pack. Regera is the first 800V production car in the world. There is a lot of power packed in the small and light, full carbon 684 cell battery pack weighing just 64 kg (141 lbs). It produces double the power in half the weight of the competitor’s battery packs. 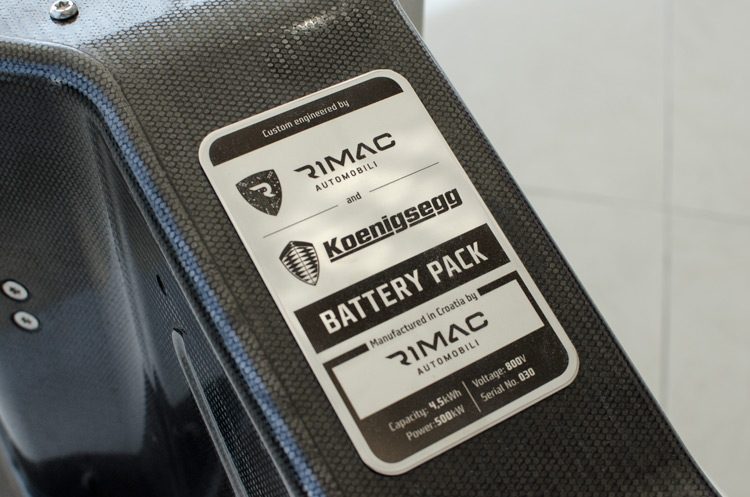 Rimac Automobili is also the parent company of Greyp Bikes, the maker of electric bicycles. And not just any bicycles — bicycles that go up to 70 km/h (43 mph)! Weighing just under 50 kg (110 lbs), Greyp bike has a range of up to 120km (75 miles), which is perfect for a city ride. 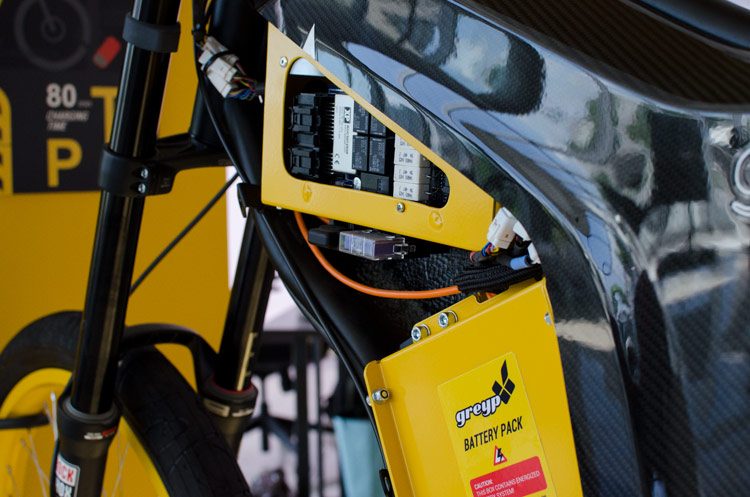 For a young company, Rimac Automobili has achieved some very notable achievements that every big technology company would be proud of — from state of the art electric bicycles to a breathtaking electric supercar.

Thank you for reading and see you on the next trip!